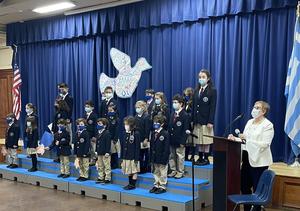 Oxi Day is celebrated in remembrance of the moment when the then prime minister of Greece, Ioannis Metaxas, refused to let the Italian troops enter Greece’s border on October 28, 1940, during the Greco-Italian War. Prime Minister Metaxas' refusal caused Greece to stand on the side of the Allies in the Second World War.

The word “Oxi” became synonymous with this day, as it represented the day the Greeks said “NO” to the Italians trying to invade their country. The Greeks not only refused Mussolini’s wishes but they also made the Italians fall back from Albania. It is believed that if Metaxas hadn’t said no, the Second World War would have lasted longer.